Skip to main content
Newsletter
News
Subscribe to our newsletter and you won't miss a thing at the Olympic Ring!
Close
Home 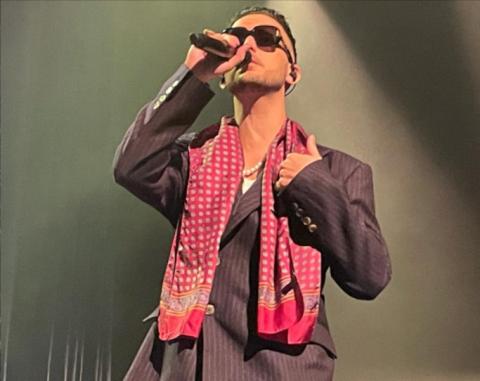 "The concert of the year"

On April 23rd, the Palau Sant Jordi was the setting for an unforgettable night. The star of the show: C Tangana. The scenery: a luxurious tavern worthy of a film, with a band, a flamenco stage, and some top-notch vocalists and guests: Rita Payés, La Húngara, the Carmona family, El Niño de Elche, Jorge Drexler, Kiko Veneno and Estopa, among others. Giant screens relayed with excellent definition everything that was happening on stage, which was no small thing. And so, in between drinks, "El Madrileño" presented almost 30 songs from his tour "Sin cantar, ni afinar", to an audience enraptured by the atmosphere, who sang along to all the songs in the repertoire, blending their voices with those of the artist.

18,360 people saw live what the media described as "the concert of the year". A record attendance that has been possible thanks to the investments made in the Olympic Ring over the last two years, including the increase in the capacity of the Palau Sant Jordi, making it the largest indoor venue in the country, with a capacity of 18,411 spectators. 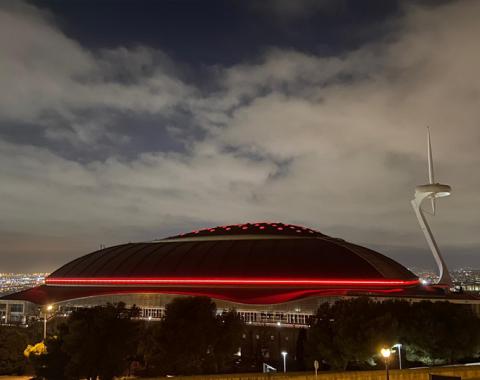 425 metres of LED strips and 44 projectors are part of the new look that the Palau Sant Jordi has unveiled this February. A venue that continues to offer a modern look, 30 years after its first opening.

It is an aesthetic and environmental improvement that allows considerable savings thanks to the replacement of old halogen projectors with RGB LED ones.

It now looks even more spectacular. 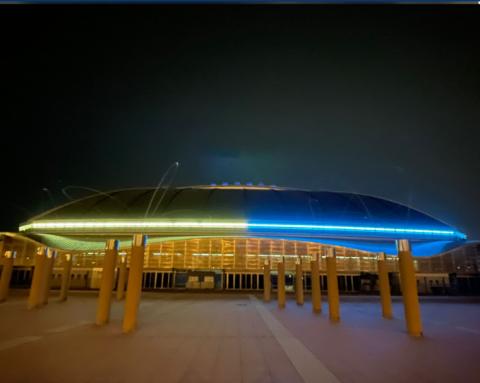 Since last Sunday, March 27th, the Palau Sant Jordi has joined the initiative adopted by other spaces of the City in solidarity with Ukraine and will display the yellow and blue colors of the Ukrainian flag on its exterior lighting. 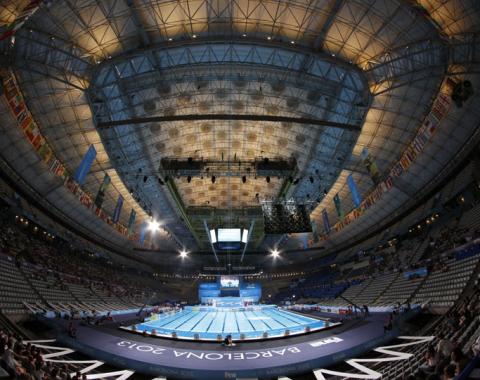 The Palau Sant Jordi was born determined to defy the "elements". It was not long before the Barcelona 1992 Olympic Games, but in March of that year, the venue was "flooded" with a sea to host the 1st Indoor Windsurfing Competition. 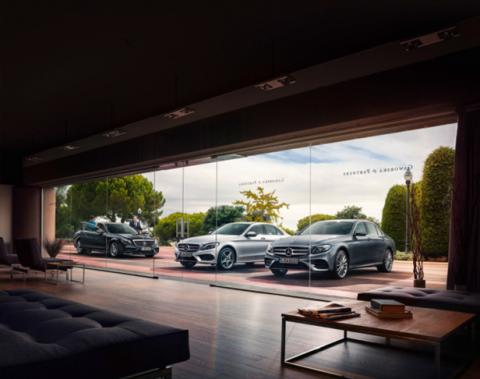 Did you know that?

The Palau Sant Jordi and the Olympic Stadium, with its variety of venues, attract the attention of television, cinema and brands, who find in these facilities the ideal setting for interviews, film and commercial shoots and publicity photographs.

Scenes from the film "Red Lights" starring Robert de Niro and Sigourney Weaver, the iconic advertisement for a Paco Rabanne cologne, the set of one of the episodes of "L'ofici de viure", among many others, are part of the numerous productions that have taken place in our venues. 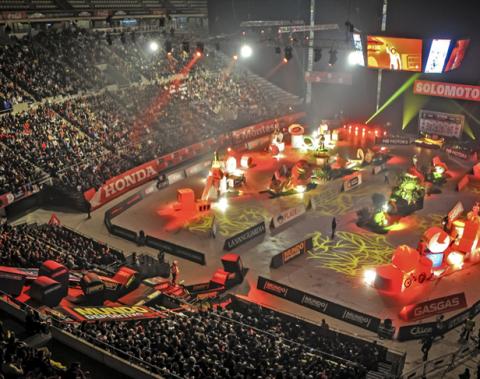 Did you know that?

The Trial Indoor Barcelona is the event that has been held the most times at the Palau Sant Jordi.  The first time was in 1991 and since then it has only been cancelled once (in 2020 due to the pandemic). A total of 29 editions for the most veteran event of the Championship of the World Trial Championship.

And did you know who is the artist who has visited us the most times? The Italian Eros Ramazzotti tops the ranking of singers who have performed the most often at the Palau Sant Jordi. He has done so in 10 occasions.